One of the major advantages of having a specialist workshop next door to our warehouse is that when the opportunity arises we can make comparisons between original parts and aftermarket parts.
Today we had some original trailing arms removed from a T3 for new bushes, so took he opportunity to do a weight comparison - Original against New Aftermarket (JP Group) arms.

We expected nothing less to be honest... but now we know :) 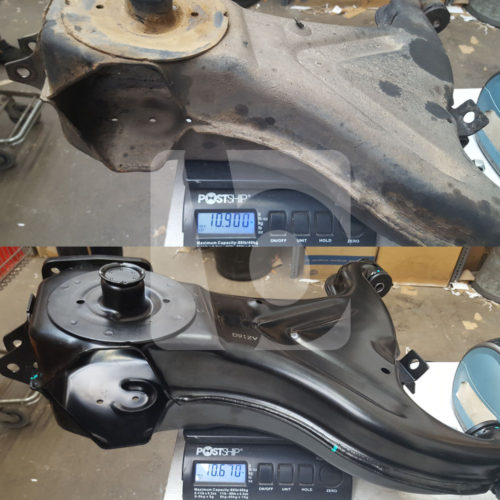